The  showreel above contains examples of my work on film sets. (updated Sept 2018)

The showreel above contains a selection of interviews, vox pops, documentaries, live events & music I recorded.

For more examples of sound recording please click link below

I have been recording sound for many years. I started recording music and bands in studios around London. In the last few years I have been concentrating on recording dialogue for film, tv and documentaries. Some of the short films I have worked on won several awards. (check the "credits" page for more info)

I have also recorded hundreds of interviews for corporate clients and vox pops at live events etc.

I have experiece on location as well as in studio.

I also do sound design, mixing and ADR at my home studio. I have worked on a few low budget feature films, shorts, internet ads and overdubbing and mixing of English Language tv shows into other European languages.

I have experience in directing talent, whether they are porfessionals or not.

I have my own equipment  including :

Tentacle synch box with connectors to most cameras

I speak Italian as well as English.

I have a BDS certificate so I am allowed to work with children and other vulnerable people. (available on request - issued on 30/01/19) 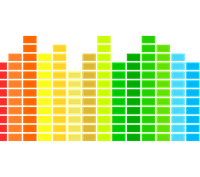